We have arrived at the one-year mark of living with the Coronavirus. Last April, I wrote an Op-Ed article titled “Choir Interrupted” about how the shutdown changed live music performance landscape drastically. By now, we, as music consumers and listeners, might have learned to manage the absence of live in-person performances by transitioning to live performances online or through other creative electronic mediums.

Now I wonder, how have major music performance organizations managed to continue helping musicians make a living doing something that requires bringing communities together in what is traditionally a physical space? On March 9th 2021, I got the opportunity to attend a webinar hosted by my alma mater, the Zicklin School of Business, Baruch College. This live virtual event titled “The New York Philharmonic: Managing a Crisis” included Baruch alumnus Larry Zicklin (’57), who interviewed the Linda and Mitch Hart President and CEO of the New York Philharmonic Deborah Borda and Co-Chairman of the New York Philharmonic Peter May. Later in the event, the panel took time to answer questions fielded from attendees in advance. You can find these questions and answers from delegates who tuned in to listen on the Q&A page of Music Historian’s blog, Hear, Let’s Listen.

If you play or have played an instrument professionally within an orchestra, you are familiar with the process of making a career out of performing. As you work on getting your degree from a conservatory or a performance program at a college or university, you then must audition for a seat within a group. Larry Zicklin was curious about how the NY Philharmonic hired players.

Deborah explained. It begins with a committee made up of nine members of the orchestra listening to a tape of the player. “There are [multiple] rounds of auditions, with the music director joining the committee. If a person is hired, they enter a year-and-a-half probationary period. If you [the player] are offered tenure, you are there for a while.“

Larry then asked the question, “How did the pandemic affect performers?” Peter responded:

“On March 10, 2020, [Deborah and I] looked down from one of the boxes [in David Geffen Hall] and saw 30% of people who purchased tickets for the performance were not there.”

Peter thought that was the end. Deborah initiated daily phone conferences with other CEOs in the arts, including Peter Gelb of the Metropolitan Opera and Clive Gillinson of Carnegie Hall. A week before Gov. Cuomo’s announcement of an official shutdown, the NY Philharmonic had informed the Mayor’s Office of NYC of their shutdown in response to the virus.

Residual economic issues also affected the NY Philharmonic. Before COVID, the institution had not thoroughly addressed running deficits, which, coupled with the loss of income by the cancelation of concerts because of the pandemic, led to a 40% reduction of the organization’s staff.

Layoffs seemed to have been on the horizon for many arts institutions as the Coronavirus spread in NYC. The Metropolitan Opera would eventually furlough all its musicians and workers. A week into the shutdown, Deborah tackled the challenge of keeping the musicians on payroll head-on.

The NY Philharmonic has 100+ unionized musicians. Deborah entered intense negotiations with the union. She asserted to the musicians, “We have to work together to keep audiences connected to you. We need access to your past performances. You will get paid but at a hibernation rate.” She added, “The board was super supportive in helping the musicians stay paid. No Philharmonic musicians were laid off.”

According to Peter, historically, the union had never been involved in directly negotiating with the board. From what I understood from his talk, the orchestra was not in a bargaining position as they were not playing. However, the committee made sure that the players got 75% of their base pay, even when there was no revenue.

“When you shut down, there are no performances,” he confirmed. “The union allowed us to use our archives to stay in touch with audiences… This negotiation with the union benefited all parties. It was more of a partnership than anything else.”

Many not-for-profit arts organizations have a board. What role do they play? Peter explained:

“The NY Philharmonic board is 55 people. The members are philanthropic, and they are responsible for the funding of the company. In the arts, 50-60% of funding comes from ticket sales. The rest comes from philanthropy.”

He adds, “A good board needs to get involved in the business strategy.” During the pandemic shutdown, the leadership requirements got varied, as they also focused on an additional endeavor, the rebuilding the David Geffen Hall, Lincoln Center.

As the webinar continued, Deborah and Peter talked about the renovations of the hall in greater detail.

“It will have more advanced acoustics than the Disney Hall [in Los Angeles],” said Deborah. “When David Geffen Hall opens, it will have 2,200 seats. They will get rid of 600 seats. [They are] taking out a large portion of the third tier, refurbishing the reverberation, and it will all be made of wood.”

Larry asked, “What will the elimination of 600 seats do for the business?”

“Our expectation,” replied Peter, “[is that] it will 1) run at full capacity, 2) [enable us to] raise ticket prices, and 3) [allow us to] use the hall for other types of events to generate additional revenue.”

After completing market research, Deborah learned that the reduction of seats in similar renovations of other halls increased revenue. Larry also added that the NY Philharmonic is a bargain compared to the MET or a Yankee game. Deborah concurred, “Yeah, it is a third [of the price].”

Listening to the conversation between Deborah, Peter, and Larry, I understood their awareness of the public’s need to return to live performances. Deborah also emphasized that knowing there were contractual issues and how it affected their need to perform made the experience depressing from the musician’s perspective.

Larry also did not shy away from expressing the gravity of the pandemic. Now that it is a year later, the partnership between the union and the NY Philharmonic board helped musicians. Larry emphasized that in Europe, many orchestras play to small audiences. In the US, that is not happening. He asked, “Why is that?”

“It is very expensive here,” Deborah said. “In the Berlin Philharmonic, players are funded 80-90% by the government. For the NY Philharmonic, only 2% of overall funding comes from the government. Also, due to New York City’s COVID health and safety regulation, concert halls have been prohibited from letting in a live audience.”

While I also miss the experience and the feeling of hearing music in-person, I remain cautious. Recalling my conversation with Gypsy George last May, I believe the premise we might not expect live performances to resume until the Fall of 2021 has not changed.

The vaccines do present what Deborah would call “A light at the end of the tunnel.” However, even then, concerns of re-opening still loom in the foreground. Larry then asked Deborah and Peter about these worries.

“We have specific rules,” Deborah answered. “When it comes to playing to record a livestream, [players] must be up to 12 feet apart and separated by plexiglass. Also, the NY Philharmonic will not host the large orchestra needed to play Stravinsky’s The Rite of Spring but instead have more Beethoven-sized ensembles. They will also have intermission-less performances.”

Deborah elaborates, “For NY Phil Bandwagon we branded a pick-up truck with sported the NY Philharmonic colors, red, white, and black, which traveled with singers and players, and did not announce pop-ups ahead of time. Audiences were happy to see them. Many of them sang along or danced. Some laughed and cried. There was also a waiting list where musicians could sign-up to participate.”

I felt relieved to learn that the NY Philharmonic had also found creative ways to keep the spirit of live performance alive in a manner that would not interfere with safety precautions. Like I had also mentioned before in prior articles and interviews with musicians, live performances also moved to the virtual space. Larry also posed a question that helps us better understand a possible negative outcome of relying on technology to get live music:

“Technology only gets better. Will that prevent people from coming out?”

Peter says, “I think people want to be together, and the experience of listening together… there is nothing better than being at a live performance.”

“When you have a great night,” added Deborah, “people respond, and they share that experience.”

As more individuals get vaccinated, many seem to get more hopeful. On this note, I should also emphasize that as the NY Philharmonic anticipates a re-opening to live in-person performances, this does not mean that virtual performances will no longer be a viable option for more cautious attendees. Deborah reassured delegates of the webinar that the NY Philharmonic is highly active in streaming. The institution reaches more than one million viewers per year through broadcasts, and recently introduced NYPhil+, a concert-streaming platform.

I encourage you to read the Q & A’s here about how attendees feel about re-opening and how the NY Philharmonic kept the music alive while managing a crisis. You can also scroll to the top of the landing page and click on the “Q & A” tab. 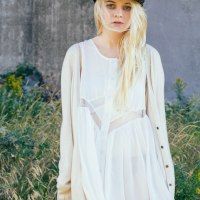 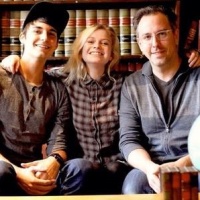