Happy 2016! I should have published this post before December 31st. Please excuse my tardiness. Let’s go into the top five Music Historian blog posts in 2015!

The Naked and Famous’ Next Chapter: An Interview with the band’s keyboardist Aaron Short

I interviewed Aaron in 2014, just weeks before the New Zealand-native indietronica group would perform at The Governor’s Ball Music Festival. I had contacted about ten talent management organizations for interviews with some of the artists attending the festival. CRS Management, who at the time managed The Naked and Famous, was the only talent group that expressed any interest. The effort CRS put in to coordinate an interview between Aaron and I was worth the while.

The Flip Side of Holly Henry’s Music

The guest blogger and author of this post, Gary Reese, contributes postings, photos, videos, and interviews about musicians, including those who have appeared on “The Voice.” The “Holly Henry Fan Thread” on Idolforums and the “Holly Henry Fan Page” on The Voice Forums have received several page views. These pages have given Holly Henry the “third most viewed fan discussions of any contestant who as competed on “The Voice.”” I am happy to say that in 2015, Gary’s guest blog was the fourth most viewed article on Music Historian.

No. 3 – An artist who is unafraid to take risks, be self-critical and make changes

Embrace the Chaos, wherever you may wind up: Gypsy George discusses biculturalism, entrepreneurship and how music has brought him to Brooklyn

My interview with George Mihalopoulos, also known by his stage name, Gypsy George, had opened doors to several themes: entrepreneurship; creativity in today’s music business; and being bicultural in America. I initially learned about this artist while researching the music roster for The Northside Festival. His name first grabbed my attention. When I asked the American-Greek artist how he decided to choose his stage name, and call his band – The Open Road Love Affair – I knew I was an for an interesting story. According to the numbers generated by the readership, I might have been on to something.

No. 2 – Lessons from a prolific slide-guitarist: Better to be a trendsetter than a ‘trend-follower’

Arlen Roth’s Slide Guitar Legacy: Everything from Robert Johnson to The Blues Brothers, to Teaching Students and Major Artists

Throughout his career as a professional slide-guitar player, Arlen performed on television, taught famous performers, and even acted as a director for a popular film. However; he never strayed away from his life as an artist and a teacher. Arlen says that showing an artist’s passion is what he is all about. Arlen’s stories of where he has been, his experiences and the lessons he has learned attracted many readers in 2015.

No. 1 – The story of how a Las Vegas band started their journey, even after they have made it “big,” remains a favorite 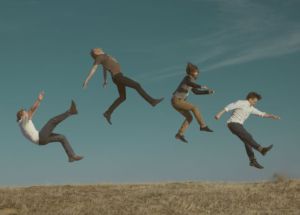 When I interviewed Ben McKee in 2012 for a story on Music Historian, I never imagined this story would attract so many readers, nor would I believe that someone would cite my article in their work! I continue to feel so grateful for this opportunity. Also, I feel humbled that so many readers continue to enjoy this post.

Although it is a few days late, I wish you, my loyal readers, a very Happy New Year! Thank you for your readership.