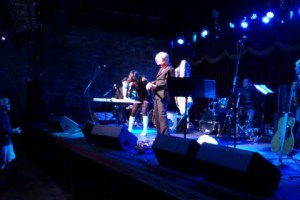 In Part One of my conversation with Roger Greenawalt, I learned about the life of a record producer at Shabby Road Studios and how some producers work with artists. In the continuation, I learn more about Roger’s inspiration behind the annual Beatles Complete and his other title, the ukulele carrier.

“For three and a half years, I’ve been carrying this [the ukulele] everywhere,” Roger explains. “It’s an ongoing permanent art exhibit. This performance is forever. I also do it to constantly interact with people, and I sort of know the range of reactions.

“Today, for example, a woman jogged by and said “go on brother.” That was one reaction. A very common one I get is when a mother is with her kid, and she points me out to her child, but she doesn’t need to because children usually directly engage with me and follow me with their eyes. Then, there are those that pretend not to see or hear me.”

I asked Roger whether anybody ever approached him and asked to play his ukulele. He says:

“No, actually, the opposite happens. I’ll show you.

“Someone will come to me and say “wow that ukulele is so cool” and I will put it in their hands.” Roger hands me the ukulele to demonstrate. “I would tell you to put one finger right there and strum steadily.”

I placed my finger on the first string right on the third fret, and strummed as Roger sang an English lyrical improvisation of “Frere Jacques.”

My personal experience interacting with Roger on the ukulele was exciting, especially when I realized playing the ukulele is really just playing a fragment of the guitar. According to Roger, many skilled guitar players express the same realization about the ukulele.

“That’s what I realized when I started playing,” he echoes.

I then asked Roger why chose the ukulele as a trademark instrument, and then why dedicated an annual music event to The Beatles.

“I started playing the ukulele right after September 11th (2001) and like many people that year, I was in a lousy mood. Then, one day, my cousin who lives San Francisco – he is a book publisher and a talented amateur musician – invited me to visit. So, after the flights started up again, I took a plane to San Francisco.

“When I went to see him, I learned that he had just been in Hawaii cheering himself up from a break-up. He picked up the ukulele and started learning songs. It just made him happy; it’s this happiness machine. And, the appeal of the uke keeps getting bigger.

“B) There is the undying universal appeal about the Beatles.

“They have been a unique phenomenon throughout the years. The passing of their music from generation to generation has been frictionless. Kids continue to like their music and they keep getting bigger every year. They are the second best selling artist of the last decade after Eminem. So, these are both two good things.”

Roger continues, “Then, if there are 60 artists and they each have two friends, there is a good chance these two people will show up to watch them perform. So, there will be 60 different people in the show, and they will bring in an audience of 120.

“That’s why the event works.”

Based on my experience, The Beatles Complete on ukulele does work in attracting a crowd. I remember the 2012 show, which fell on the first weekend in January. People packed the space in front of the stage, shoulder-to-shoulder. I remember singing to Yuzima’s rendition of “Hey Jude” with my sister as we stood among the crowds. To our right stood two Brooklyn bachelors sporting wind breakers and beanies, while to our left, a father was raising his toddler-aged son on his shoulders to see the musicians on stage.

However; I also do admit that outside circumstances, which are not related to music, also play a determining factor on whether the next show the following year will produce a greater turn out than the one prior. For example, this year’s show fell on a weekday, which probably prevented families from attending. In addition, it was also one of the coldest nights in January, a factor that might have discouraged many from coming out. Roger comments:

“If it was not the coldest night that day, the place would have been packed.”

Luckily, people, whether they are returning attendees, new comers to the area, first-timers, or tourists, will likely come to Brooklyn Bowl next January to hear the cheery sounds of the Beatles on Ukulele and hopefully remember it as an event that brightened their beginning of the New Year.

The same applies to many of the musicians that return the following year to perform a set. It gives them a great performance opportunity; a chance to jam with similar groups like them from the Williamsburg area; and a moment to make themselves known to a new group of Brooklynites.

As Roger prepares for next year’s Beatles Complete on Ukulele, he will also continue to work closely with artists looking to really make their big break on the New York City music scene. Roger talks about two musicians in particular.

“Lovely Liar,” he explains, “is a collaboration between me and Tatiana Pajkovic. She is tall, authoritarian, fabulous and tense. She has a Billy Holiday-kind of tone to her voice, and her style ranges from stately mid-twentieth century to French disco.”

Roger is also working with another act called Reno is Famous. Reno is a world class dancer who is a member of the Ballet Company of the Metropolitan Opera.

Roger describes her as “A very well-thought of modern dancer making her way to rock star.” He adds, “Her repertoire includes aggressive punk music ranging to electronic dystopia; a style that is much darker than Radio Head.

“This one’s really close to my heart. I’m making all the soundscapes [in her music] and it includes experimental elements of all my favorite things like strong acoustic ukulele and guitar riffs. It also includes reggae bass, funky drums, and hooks and groves…”

My interview with Roger has come back full circle to his work at The Shabby Road Studios.

In Part One, I learned of two very important pieces of advice that Roger has for aspiring professionals: musicians must always make room for business if they want economic success; and that the more an artist adapts, the faster his or her circumstances will change for the better. In Part Two, I learned about his inspiration behind playing the ukulele and the annual Beatles Complete.

Reviewing our conversation, I realize that Roger makes room in his studios for artists of all backgrounds. A musician can be inspired by a genre that is not widely heard in America, or have performance experience within a different art form other than popular music. If the artist is willing to commit to his or her craft, and willing to work with an experienced professional like Roger in making excellence in music; they will learn a great deal about how to work in the industry, and continue on their professional path with, hopefully, more confidence. 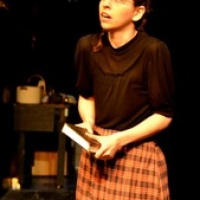 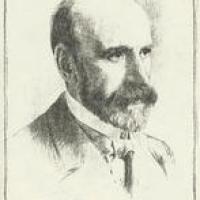