Last year, on Christmas Eve, I sang a version of “Silent Night” called “All on a Silent Night” as a soloist, for the congregation at Bethany Presbyterian in Huntington, New York. My decision to perform involved the Music Director of the church partially talked me into it and validation from members of the congregation when they heard me sight sing this piece on the first try.

Since last Fall, I had been attending the Bethany Presbyterian Church in Huntington. Members of this community have been supportive, kind and, as of very recently, encouraging me to step out of my comfort zone as a newcomer. One Sunday after service, I was chatting with the Music Director and had told her about some of my performance experience, including my time with the Syracuse University Women’s Choir, the Huntington Women’s Choir, and my ability to play piano. She pulled me to the grand piano at the front of the room, to show me a version of “Silent Night” written by Becki Slagle Mayo; this rendition of the song was for a two-part Chorus and Piano with an optional cello. This version was titled “All on a Silent Night.”

The Music Director played a bit of the song and had asked me to follow the vocal melody in the top line with the accompanying music. After receiving validation from the director, and a few members of the congregation, I had decided then and there that it was only natural that I would perform this song. That’s when I decided to flex my musical muscles again, which involved practicing the piece with the music director and, most of the time, on my own.

“All on a Silent Night” was written in an ABA form; the ‘B’ section includes the melodic composition that resembles the original by Franz Gruber[i], while both ‘A’ sections include additional text and an original melody by Mayo[ii]. The parts which Mayo wrote for a soprano, includes a range from a D4 to an E-flat 5 on the piano, a range that just stretches over an octave – call it an octave and a half. The sections composed by Mayo presented a happy challenge, as D4 is a low note for my voice, while E-flat 5 borders the limits of my upper register. I especially liked how that E-flat 5 note was assigned a mezzo forte – more like a surprise forte – in the middle of the fourth bar into the music followed by a crescendo one measure long. There was a decrescendo in the last two measures of the seventh bar, thus concluding the first ‘A’ section.

One might think that Section ‘B’ of this song, which resembles the version of “Silent Night” we all might know, is simple, but I soon realized that the complications hide in the details of how to properly pronounce the words. The authentic version of Gruber’s song was written in German in 1818, and then translated into English in the middle of the 19th Century[iii]. Based on my experience, English is one of the toughest languages for singing an art song composed during these time periods, because the best way to clearly pronounce a sung word in English is to put on emphasis on the consonant of the first letter and the consonant of the last letter, like the word ‘night.’ However, in this word, a singer must make an effort to pronounce the middle letters in a way that makes them softer. More specifically, the singer should sound out a word that has a similar spelling to ‘naught’ not ‘night.’ When signing a word that starts with the letter ‘i’, especially like ‘infant’ that ‘i’ must receive a more acute pronunciation like how one would hear ‘ee’ like in the word “Halloween” or “seen.” Otherwise, if that ‘i’ in ‘is’ or ‘infant’ receives the same pronunciation in a sung verse as it does when spoken, that ‘I’ will sound like an ‘ugh’ to the listener.

The proper pronunciation of the lyrics within “Silent Night” is necessary to help tell the story about the time of Jesus Christ’s birth. However, the origin of this song, according to the Silent Night Association, gives the tune an additional meaning:

In the time “Silent Night” was written, the Napoleonic wars had come to an end, and new borders in Europe had been set with the Vienna Congress. The ecclesiastical Principality of Salzburg lost its status as an independent country and was forced to secularize. In 1816, its lands were divided into two, with part assigned to Bavaria and the larger portion relegated to Austria. The Salzach River also became the new border between the town center of Laufen and its suburb Oberndorf by Salzburg. For centuries, the Salzach River had provided transportation for the salt trade, which provided a basis for the local economy. During the Napoleonic wars, the salt trade declined and never fully recovered, causing a depression in the local economy with the transportation companies, boat builders and laborers facing unemployment and an uncertain future. Further, Oberndorf by Salzburg was the site where “Silent Night” was first performed.[iv]

Joseph Mohr, the assistant priest of the newly established parish of St. Nicholas in Oberndorf, wrote the text for “Silent Night.” His previous place of service, Mariapfarr, suffered greatly during the withdrawal of troops from the Bavarian occupation in 1816 and 1817. With this in mind, the creation of the 4th verse takes on a special meaning – expressing a great longing for peace and comfort.[v] Below is an English translation of some of the 4th verse, created by “Silent Night” historian William C. Egan[vi]:

From the heavenly kingdom sent,

Abundant grace for our intent.

“All on a Silent Night” by Mayo does not include this 4th verse. However, I strongly believe that the context behind songs stay consistent throughout any revision. For this reason, I felt encouraged to practice the delivery of this variant of “Silent Night” to the best of my ability. Thanks to the technician who came to my house to tune the upright piano in my house the previous week, to the holiday break I received from work, to all the practice with the Music Director of Bethany Presbyterian, I feel like I had the time to deliver a decent performance.

While I sang in front of the congregation on Christmas Eve, I felt my legs shaking from a combination of nerves and the cold air within the church (caused by a heating system which needed to be started earlier in the evening). From my waist up though, I looked calm and I felt composed. I feel grateful that I sang for Bethany Presbyterian, and I hope I get to sing again. The feeling is very humbling.

If you, the reader, ever get the chance to perform any version of “Silent Night”, please remember the historical context of the song and appreciate the meaning behind the verses, especially if you should receive a copy of the version that includes the 4th verse in the lyrics. Perhaps you might know of someone who needs comforting in a time of great uncertainty, whether it is being caused by problem that effects a nation or isolated strictly to an individual. No matter what challenges you may be facing, or those you know are facing, the next time you hear “Silent Night,” I hope you feel some peace and comfort. 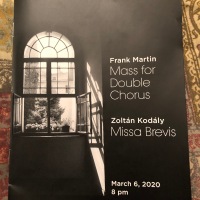