In the foreword of master conductor, Christopher Seaman’s new book, Inside Conducting, Chief Conductor of the Tonhalle-Orchester Zurich, David Zinman describes Mr. Seaman as a rare personality and a highly stimulating teacher.[1]

I read this passage after I had personally talked with Mr. Seaman on the telephone. I immediately thought that Mr. Zinman described the British conductor accurately. Aside from his kindness and positive attitude, Mr. Seaman is naturally delighted to share details about his new book and his experiences.

“So many people [often] ask me about what conductors do that I decided it was time to publish the answers the best I could. I thought it was time to answer people’s curiosities,” explains Mr. Seaman.

“This book is meant to stimulate interest and get alongside people. It is aimed at two kinds of people,” he adds. “The first are concert goers and music lovers that are curious to learn about what a conductor does. [The second] are students who are training and want to learn more.

“There is a lot of information in the book, and I hope to present it in a way that is interesting, stimulating, approachable and not intimidating. You can read it even if you have never gone to music school.”

I attest that Inside Conducting is for anybody who loves music, and those who played or are currently playing an instrument or are involved in music in some way might find it even more exciting. As for musicians training in the profession of conducting, Mr. Seaman advises students on specifics like how to correctly use a baton, what to do with the left hand when conducting, how to be more economical in their instructions to the musicians in the orchestra, and more.

One lesson from Inside Conducting that stood out to me is the balance of leading and yielding that every conductor must master. Like within any profession, including musical, controlling and managing is not enough. The individual must also learn to relinquish control and take chances in order to work with others in producing a great piece of music.

It is my pleasure to welcome Christopher Seaman as the full-length feature for this month on Music Historian’s Hear; Let’s Listen.

Conductors must master the balance of leading and yielding

“If a conductor does not give clear leadership, the orchestra does not function

as well as it can or should. As with any organization that lacks leadership, the organization flounders,” begins Mr. Seaman. “The musicians work with you [the conductor] and look to you for leadership. They also look to you to recognize and orchestrate the framework in which they can use their artistry. The musicians are the conductor’s partners, not subordinates in the creative process.”

Mr. Seaman continues to explain that conductors have to “steer between two extremes: one is to control everything so much that you take away from the musicians’ creative freedom; the other extreme is to give them so much creative freedom that the whole performance becomes a mess.

“Conductors have to steer between these two extremes all the time, off and on, bar by bar,” he enumerates. Quoting the Indian Parsi conductor Zubin Mehta, Mr. Seaman states “The balance between leading and yielding is something every conductor has to master.”[2]

“Rehearsing” is the passage in the book where I feel Mr. Seaman clearly emphasizes this balance, specifically in an experience in which a conductor might run into an orchestra of “lower standards.”

According to Mr. Seaman, a conductor, especially one who is new to this experience, might feel the need to show commitment to the music and to the orchestra through micromanaging the move of each musician. Although such a solution might seem logical, the conductor tends not to notice that he or she is restricting or preventing musicians from understanding the shape of the piece.

Mr. Seaman writes, “You may occasionally face a group that sounds so bad that you have the feeling of dragging them from note to note just to get through the piece. If some sections of an orchestra have rhythmic problems (particularly in playing late), you may feel the need to conduct every beat aggressively simply to get people playing together. This corrective style of conducting destroys the shape of any piece… if you take a chance and indicate flexibility and shape, you have the feeling that the whole thing will fall apart; so you may have to choose between square, shapeless accuracy and a well-shaped mess… but when an orchestra does grasp the shape of a piece or even a phrase, they’re music more likely to play together. So, in the end, you can usually take a chance and conduct the music rather than just the beats.”[3]

In this passage, Mr. Seaman explains that while a conductor needs to make sure the players are hitting the notes on the right beats, there also comes a time in rehearsal when the conductor must move on to additional essential components of a piece. Mr. Seaman tells me:

“If you imagine a piece, you [the conductor] want to be very clear and give direction in the beginning.”

He then supports this idea in the passage called “Rehearsing” in which he writes “An entry can be messy because whatever comes before it is either late or not together; players making the entry don’t know whether to follow their ears of your beat …[4]

“When you want an orchestra to find a particular place in the music, use a strong, clear voice and address the people farthest away, so nobody needs to ask his neighbor, “Where’s he going from?”[5]

Returning to our conversation, Mr. Seaman continues, “Then there may be a passage, perhaps during a solo, where you can be a little more lyrical and slightly loosen the reins and give [the musicians] a little freedom.”

Mr. Seaman parallels this statement with a passage in Inside Conducting that emphasizes the musicians’ need for independence and creative ownership of a piece.

“Occasionally it can be useful to leave an orchestra playing and go back into the hall to listen; you’ll get a different perspective… Playing on their own gives an orchestra confidence, so they’re not over-dependent on a conductor…

“Finally, take a chance and leave some things fluid. Don’t cross every “t” and dot every “i.” This may feel risky, but it keeps and orchestra on its toes and gives a concert an edge,” which helps the music get across; you’ll find what works best for your talents and personality.”[6]

An audience’s job is to respond

In addition to the valuable lessons Mr. Seaman provides, like the one above, he offers advice to aspiring or emerging conductors. He suggests some of the following to those looking to take on this profession: conducting a youth orchestra, acquiring keyboard skills in order to get a stronger understanding of harmony, and intensively training their own relative pitch – the ability to sing back a note that you hear on an instrument.

So, if Mr. Seaman talks about the practical side of this artistic pursuit, why would a music lover or a musician who has no intention of becoming a conductor, read Inside Conducting? The author explains:

“I talk about topics like rehearsing, learning scores, and playing instruments, economic gesture, concerto accompaniments, and more not just to teach but to gain the interest of a music lover.”

After music lovers read Inside Conducting, Mr. Seaman hopes they will be able to go to a concert, understand what does into a performance and see it with a new perspective. Then, one might ask another question – why might a master conductor feel the need to reach out to the interest of an audience rather than solely a conductor? Mr. Seaman answers, “An audience’s job is to respond to great music.”

During my phone chat with Mr. Seaman, I started to pick up bits of information that supports an opinion about classical music that I harbored for a long time – the classical music genre is not going anywhere; it is still alive and well in our musical landscape. I asked for the master conductor’s opinion on the notions few cynical critics make about classical music – that it is a ‘disappearing’ genre.

“I disagree with that,” Mr. Seaman begins. “Audiences are not disappearing. I’ve heard people say audiences are getting older. All audiences [actually] look the same as they have for 80 years, they looked the same since I started playing in the London Philharmonic at the age of 22, however; they are not the same people.

“People discover music later in life. For example, you get a job, you raise your kids, you send them to school… Then, when you are alone and have free time to yourself you say, “I’m going to give classical music a try.” You go, you try, and you might realize your musical but just never knew.

Hearing classical music live is better than listening to any record

I felt an enormous sense of comfort and relief to learn from an experienced musician that audiences for classical music are still alive and well and have not changed for the past 40 or some years that Mr. Seaman has been playing and conducting.  I asked the master conductor what about live classical music excites listeners, and he answers, “When you hear it live, you are present at the creative process. There is something about being there with the actual creation or recreation of what’s going on. No record – no matter how good the orchestra or how well produced – can replace that.”

Mr. Seaman is currently preparing for a long trip to Australia where he will be conducting. He will also return to the United States in December to conduct a concert in Orange County, California with the Pacific Symphony, and the Milwaukee Symphony Orchestra in Wisconsin. I suggest that all classical music lovers in the Chicago, Milwaukee, and the Orange County area keep their eyes peeled on these symphonies’ websites and mark their calendars for a future performance and a chance to see Mr. Seaman live in action.

In the meantime, whether you plan to attend as a music lover, musician, or conductor in training, I highly recommend Mr. Seaman’s new book, Inside Conducting, which is also available on amazon.com and in their kindle store. Readers will gain a better understanding of a conductor’s role in an orchestra and, they just might find a little piece of themselves in some of the stories within the book. Mr. Seaman’s storytelling of his days with England’s National Youth Orchestra, experience as assistant conductor in the London Philharmonic during his early twenties, and his time with the BBC Scottish Symphony Orchestra in Glasgow will also remind readers of a time they played in an orchestra as a child or the processes they experienced when learning an instrument.

At the moment, this is the only book I read in which the author, who is a working master conductor, pays the same level of attention to both student of conducting and amateurs from all musical backgrounds.

Inside Conducting bridges the interest of amateur musicians, listeners, and students with topics that Mr. Seaman says “demystifies the mysterious into something practical.” While talent in conducting will always have a mysterious element, Mr. Seaman asserts that conducting can be “much more practical than people think.” 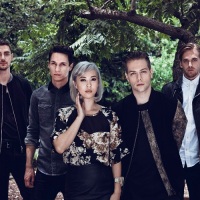 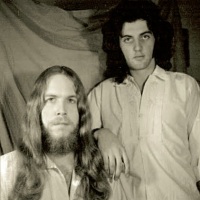