As a musician who played classical piano and sung in several women choir groups, I truly love to sing. However; being a professional vocalist is not in my future, mainly because I cannot master the skill that all classical and opera singers need for a successful performing career– acting. 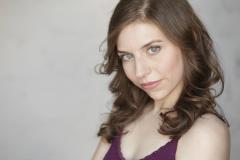 I have known actress and casting director for The Beautiful Soup Theater Collective, Mallory Berlin for years, and she can attest that the most prevalent career roles for professional singers in the performance world are either in musicals or operas. Mallory fills me in on some of the tougher realities for individuals looking to make it as a singer and actor.

“Before I started working with The Beautiful Soup Theater Collective, I would go to auditions for several different productions. As an actor or actress, you are required to wait for long periods of times outside of studios or theaters, and even then, you might not even be seen by the casting crew. Usually, many non-equity performers arrive at 4:00am and stay until 5:00pm, just to sing an 8-bar song.”

Further in our conversation, Mallory also talked about additional ways a professionally trained actor or actress can gain the experience they need so that they are not just investing their time in waiting for a call back from an audition. In our conversation for Music Historian’s Hear; Don’t Listen, Mallory talks specifically from experience. She graciously shares stories from her journey in musical theater, and how she found opportunities in the most unexpected places.

Mallory’s professional training as a performer didn’t start in the theater, but in the music school at Ithaca College. She says, “When I got to college, I knew I wanted to perform, act and sing, but I wasn’t sure if I wanted a degree in musical theater. I did know that I wanted to continue singing, so I auditioned for singing lessons at the music school.

“I passed the auditions, and one of the professors, Jennifer Haywood, suggested that I should sing opera. This was something that I had no idea I could do; and she thought I would be great. So, I decided to audition for a spot in the music school.

“Once I was admitted, my advisor said to me, “We loved your audition, and we think you’d make a great music teacher.” I had never thought of myself as a teacher, and I was excited by the idea. 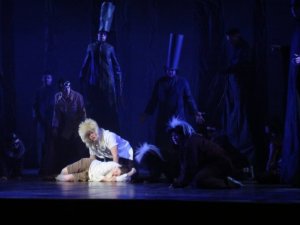 “From then on, the bulk of my college career entailed education and vocal training. By my junior and senior year, I realized I could be a cross-over artist and perform in a variety of mediums including opera, musical theater, and regular theater.”

Being a cross-over artist is a great professional strength for Mallory. Here is why:

“The most popular type of singing today includes belting pop and rock and roll,” explains Mallory. “While this type of voice is in demand, most actors and actresses who specialize in this style have to compete with other performers that sound the same.”

Specializing in a popular style can work against young actors and actresses, especially when they are the 50th person in line for an audition and have to perform the same monologue or 8-bar song that previous auditionees presented. Having a different sound though will not guarantee an actor or actress better chances for being cast.

To help myself, I had to make my own acting opportunities

“In classical music, I am a lyric mezzo- soprano. I have sung roles of little boys, children and occasionally men in opera. In the musical theater world, I am considered a soprano only because I do not have that belting pop voice.

“In purely theatrical roles, I am a character actor. Most people who fall into this category are typically cast to play comical roles. In my case though, my style of singing and acting doesn’t satisfy many casting directors in other theaters because character roles are usually assigned to women that can belt.

“Currently, nobody is producing plays for character actors that have classical voices. So, to help myself, I had to make my own acting opportunities.”

Networking is the key to making it in this industry

Mallory received a lot of sound career advice from experts in the performing arts during her studies at Ithaca College. One of the most important pieces of career advice was “always network.” Mallory enumerates:

“The most important thing I learned is that networking is the key to making it in this industry. Meeting people, making a good first impression and getting involved with different projects will help you in the weirdest of times.

One of these individuals that helped Mallory tremendously did not sit on either side of her in the lecture hall but instead, shared a stage with her in Daniel Guyton’s original production, Where’s Julie?

“I was very fortunate to meet actor and playwright, Steven McCasland. We first met at the Author’s Playhouse in Bay Shore in the summer of 2006 during the production of Where’s Julie? From that point forward, we started talking and got to know one another. Then, we lost contact for a while.

“About a year after I graduated from Ithaca College, Steven asked me to sing in the benefit for the new theater company he was creating called The Beautiful Soup Theater Collective. He also asked me to audition for the role of Viola in his upcoming production of Twelfth Night. After I got the part for Viola and sang in the benefit concert; Steven recognized my credibility and then cast me as the Queen of Hearts in play he wrote of Alice in Wonderland.

“That summer, he asked me if I would consider joining the Executive Board. The position that interested me, and one I thought I was well-suited for, was the Talent Director. So, I started at Beautiful Soup as an actor, and then became a part of the Executive Board.

The Official Poster of Alice in Wonderland by the Beautiful Soup*

“Who would have known that meeting somebody at a low-budget theater would have lead to opportunities that made a huge difference in my career path? It’s been a great adventure so far, and Steven has really given me a lot of great opportunities that I wouldn’t have had anywhere else. I cannot thank him enough.”

Nora in A Doll’s Life: the Defining Role for a Character Actor and Classical Singer

Aside from working the business-end of the Beautiful Soup Theater Collective, Mallory’s opportunities ranged from playing Viola (Twelfth Night) to the Queen of Hearts (Alice in Wonderland). Her most recent role was Nora in A Doll’s Life.

A Doll’s Life is a musical with a book and lyrics written by Betty Comden and Adolph Green, with music by Larry Grossman. The musical is based on a play by Henrik Ibsen, A Doll’s House. It originally premiered in 1982 and it was a flop. In 1994, The York Theater re-premiered a slightly different version of the play. The Beautiful Soup Theater Collective is the third theater to have produced this play since its premier.

“For the Beautiful Soup’s production, Steven wanted to firstly create a version of the musical that only focused on Nora leaving her husband and finding herself. Secondly, he wanted to combine both ending scenes from the 1982 and 1994 productions.

“We made sure to get permission from the play’s composer, Larry Grossman and Adolph Green’s wife, Phyllis Newman to create this new ending.”

The Beautiful Soup's Production of A Doll's Life*

Since Steven decided to narrow the focus of A Doll’s Life strictly on Nora’s journey, Mallory adopted the same attitude as she prepared to act the part.

“When I researched Nora’s part, I was struck by the humanity in her character. She was raised her entire life to do what men asked of her, but has no knowledge of what she likes until she ventures into the world to find herself.

“Nora also wants to teach her children something genuine about life, and she does not want to return home until she feels she really knows what it is like to work, have power, start a business, and more.

“She makes several mistakes in her journey, and she learns from them. I really tried to live in the moment of that.”

I saw Mallory perform the role of Nora in A Doll’s Life back in February, and her performance was impeccable. She has found the perfect theatrical character that can facilitate all of her different talents. The character of the lead role is dramatic, and sings like a soprano. As a character, Nora is ambitious, subtly manipulative and innocently sexy for a woman who was once raised to live like a doll.

As I thought about more about Nora, I realized she is a timeless character. We have all experienced a time in our lives when we were programmed and taught to operate in a single structural manner, only to get out into the real world and see that in fact the only rules we need to follow are the ones we make ourselves.

In addition, some of the plays we consider timeless are performed by character actors and classical singers. Musicals with these actors and singers include My Fair Lady and A West Side Story. In addition, Mallory also taught me that what is popular isn’t always timeless.

What Musical Theater Experts Have to Say

“Although there is a large demand for singers who can belt out pop and rock vocal styles; many musical theater experts say that this style will be dated in 20 years, especially since musical theater changes through the generations.

“In the 1950’s, Rodgers and Hammerstein’s musicals were popular, and my voice is considered very appropriate for their work. During the years between the 1980’s and now, Andrew Lloyd Weber’s work became popular – and his works included that belting pop, rock voice that has since become the norm.

“I do know however, that the musical theater sound will change because if you look at audition tapes from the 80’s they are far different from those in the 90’s and even from those after the year 2000.”

Several artists can attest that the popular demand for certain musical theater works, vocal styles and actors will change in later years. Although the industry will change, the landscape for all performers, actors and opera singers will still be competitive. Here is what Mallory suggests to all young actors:

“When you’re in school, you don’t have to be friends with everybody or like everyone, but you should be nice to them. And I can say this is relevant in the job world in so many ways.

“When I do meet individuals who I went to school with that were nice to me, and I like their audition, I can put in a good word for them, and hopefully help them out in a small way, like recommend that they come in a second time.”

*All photos were published with permission*

One response to “Musical Theater Today with Mallory Berlin: The Lead of A Doll’s Life Shares Her Experiences, Thoughts and Advice for Young Performers” 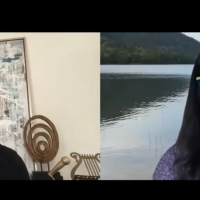 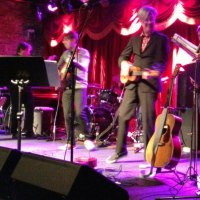 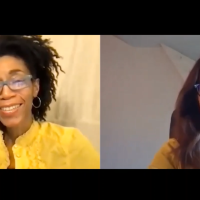